5 Types of Psoriasis You Should Know About 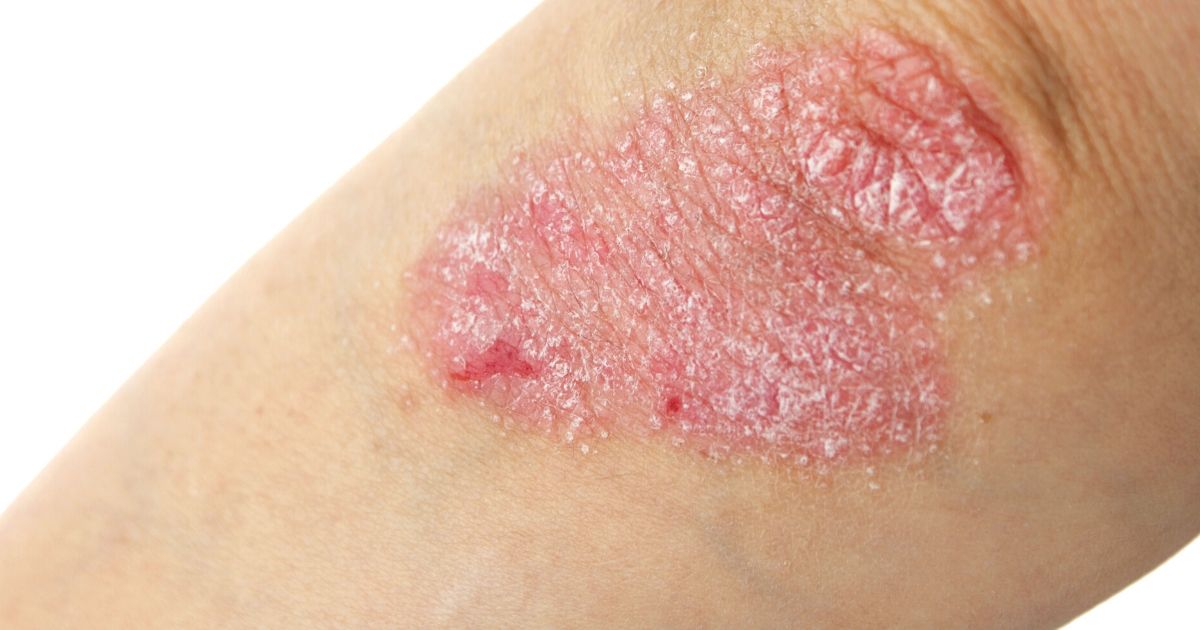 Psoriasis is an autoimmune condition that affects the skin. It can cause inflammation and scaly skin due to the fast regeneration of skin cells. There’s a variety of types of psoriasis that look different and usually affect different parts of your body. Learn about five types of psoriasis, what they look like and how you can try to treat them.

Plaque psoriasis is the most common type of psoriasis. It can affect any part of the body, but often it makes an appearance on your back, elbows, knees, or scalp. Plaque psoriasis looks like red, dry patches with flaky skin. These patches can sometimes have what appears to be a silver sheen on the top. They can also be small (which is often how they appear in children), or the patches can appear to blend together as one large patch. With plaque psoriasis, patches can be itchy or painful, especially when they occur in areas that bend, like the back of the neck or in elbow and knee creases.

Guttate psoriasis can clear up in around three weeks, but in some cases it can go on to become plaque psoriasis.

This form of psoriasis is far rarer. The skin in affected areas goes red, and small raised bumps appear on the surface. These bumps tend to be filled with a white pus-like liquid. Pustular psoriasis tends to appear mainly on your upper body, as well as arms and legs. Often, the pustules will dry out and new pustules will appear on the red patch of skin where the previous pustules were. The difference with pustular psoriasis is that it can come with other symptoms that don’t affect the skin, like headaches, joint pain and even nausea. Pustular psoriasis is often triggered by coming off corticosteroids suddenly or the use of specific types of drugs, and sometimes it can be triggered by another infection your body is fighting.

It’s hard to pinpoint exactly what causes someone to suffer from these types of psoriasis. Common triggers are thought to be stress, suffering from an infection that weakens the immune system (like strep throat), injuries to the skin (like sunburn) and potentially the weather or your diet. Other factors that may contribute to someone developing psoriasis are alcohol consumption and smoking.

There are many treatment options to help ease the symptoms of psoriasis. They range from medicinal ointments to natural treatments. Some common medicinal treatments include hydrocortisone or other topical steroid ointments, and natural treatments include coal tar ointments, coconut oil, aloe vera and even kawakawa balms. Another treatment that can be considered to treat psoriasis is ultraviolet-B light (UV-B light). There are also more intensive treatment options available, but these are usually only used on patients with severe psoriasis that is unresponsive to other treatments. But remember, the main thing to do to help ease the itch and pain caused by psoriasis, and to prevent the skin from drying up and cracking, is to keep your skin moisturized.