Is It Psoriasis or Just a Rash? Everything You Need to Know About Guttate Psoriasis 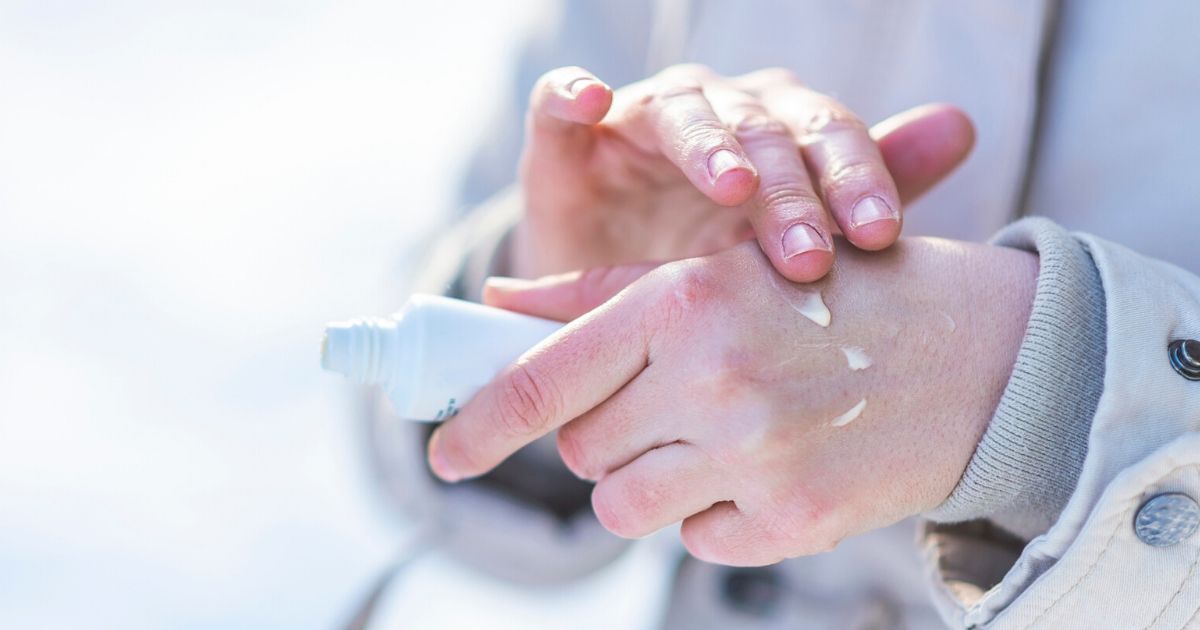 What Is Guttate Psoriasis?

Just like the other types of psoriasis, guttate psoriasis is an autoimmune disease. With psoriasis, your immune system attacks the skin and speeds up the rate at which your body produces skin cells. In guttate psoriasis, this means spots of flaky and red skin appear as a result.

What Are the Symptoms?

Guttate psoriasis is a form of psoriasis that isn’t isolated to a specific area of the body. You may have a guttate psoriasis flare-up show up anywhere on your body. However, it does tend to show up first on your torso, arms or legs. It may then spread to your scalp and other parts of the body. When it does appear, it shows up in the form of small teardrop-shaped red spots (around 1cm in size). These can sometimes have a silver sheen to them, or they can be a bit flaky.

Guttate psoriasis gets its name from the Latin word “gutta”, which means drop. This reflects the teardrop-shaped spots that appear when someone is suffering from guttate psoriasis.

Another indication that the rash you’re dealing with is guttate psoriasis is that the spots can also be quite itchy. They’re not often painful — but try not to scratch at the itch, as this can break the skin and cause the spots to become painful.

Like other forms of psoriasis, guttate is thought to be triggered by stress. It’s also common to see guttate psoriasis appear after being rundown or sick. There’s also a connection between having had a throat infection, like strep throat, and guttate psoriasis making an appearance around three weeks later.

Often, this condition can appear during childhood or young adulthood. As mentioned, this often occurs after having strep throat, upper respiratory tract infections or some other kind of infection, and the immune system is weakened so the body attacks itself.

There are other triggers connected with guttate psoriasis, including cuts or burns on the skin, stress, alcohol consumption and insect bites.

Psoriasis is something that may be inherited, so if someone in your family has suffered from psoriasis, there’s a chance this may explain why you may experience a flare-up of guttate psoriasis as well.

How Is It Diagnosed?

It’s hard to diagnose any form of psoriasis, but the main way people are diagnosed with guttate psoriasis is through a physical examination; the doctor will assess the spots to see if they are synonymous with what guttate psoriasis tends to appear as.

Sometimes doctors will request to perform a biopsy of the affected area, where a small area of the skin is removed to be tested at a laboratory. This is generally done under local anesthetic, so the pain is minimal.

Another option is a blood test. This won’t show whether you’re suffering from this type of psoriasis specifically, but it will help to rule out other types of infections that may present themselves in a similar way to guttate psoriasis.

What Are the Stages of Guttate Psoriasis?

How Long Does It Last?

Generally, guttate psoriasis will fade and go away on its own within a few weeks to a couple of months. A lot of the time people will only get it once and it won’t come back. However, some people find that having guttate psoriasis led them to having life-long plaque psoriasis flare-ups. These can be managed using topical treatments or other prescriptions from your doctor.

Something else to consider about guttate psoriasis is that in summer it tends to recover quicker, while flare-ups may worsen during the colder winter months. This is similar to other types of psoriasis as well, due to sunshine being a great treatment for psoriasis.

What’s the Difference Between Guttate and Plaque Psoriasis?

How Common Is Guttate Psoriasis?

What’s the Treatment for It?

There is the suggestion that it will go away on its own in a few weeks to a couple of months. But that can feel like a lifetime when you’ve got a flare-up. In a similar way to plaque psoriasis, you can also treat guttate psoriasis using medications or phototherapy. Talk to your doctor about the types of medication you could be able to use, such as steroids or hydrocortisone. Alternatively, you could also try several over-the-counter options like coal tar soaps and shampoos, vitamin A and plenty of moisturizing.

Phototherapy is another option, which is also known as light therapy. Basically, your skin is exposed to UV light to help reduce the flare-up. Spending time out in the sunshine can also help, but be careful not to get sunburned, as this can worsen a flare-up.

You May Also Like:Herbs from the Amazon
Related Search Topics (Ads):

However, if a flare-up does occur and you just need to wait it out, there are several ways to get through the couple of months that it’s with you.

The first thing to do is to remember to moisturize. Find a moisturizer that isn’t fragranced — something that won’t irritate your skin further. Keep it with you throughout the day as you may need to reapply when your skin starts to dry out. This will help to keep the spots from flaking too much and causing unnecessary pain.

Avoid hot baths or showers — having showers or baths that are too hot can irritate your skin further. Try having warm or cool showers and baths that aren’t too long to help your skin keep its natural oils and moisture levels. You can also try putting Epsom salts or coal tar into your baths to help relieve the itch. Be careful with the Epsom salts though, as too much can actually have the opposite effect and cause a stinging sensation. When you get out of the shower or out of the bath, make sure you lather plenty of thick moisturizer onto your skin straight away. This will lock in the moisture and seal in natural oils. Make sure to moisturize areas that don’t seem to be affected by guttate psoriasis as well, to help prevent your condition from worsening.

If your lifestyle is potentially a cause for concern in terms of triggering guttate psoriasis (for example, your alcohol consumption is high or you’re a smoker), perhaps work towards changing your lifestyle. For example, reduce the amount of alcohol you’re consuming and try to stop smoking. This can help your immune system work to fight the things it should be fighting, and not work against itself. You don’t have to be a long-term excessive alcohol consumer for this to affect your immune system. Even just one evening of consuming too much alcohol can affect your immune system. It can make your body more prone to bacteria invasions, because alcohol can stop your body from being able to stop viruses from invading your body.

Another issue with psoriasis, if it comes on thanks to stress, is that it can cause more stress. Stress can cause the immune system to stop functioning at its highest potential; stress causes you to produce more cortisol, and this can inhibit your ability to fight infection. One way to cope with stress-induced guttate psoriasis is to adopt mindfulness practices into your everyday life to keep stress at bay. Anything from going for a walk out in nature with your cellphone switched off, to going to bed an hour earlier and getting a series of really good night’s sleep can help to reduce the impact of stress on your body. You could also try meditation (there are many apps available to download that can guide you through this). Another option is to try yoga; even 30 minutes of yoga per day can help you re-center and stay calm, which can really help reduce the stress you carry on your shoulders.

Guttate psoriasis is a condition that needn’t take over your life. In most situations it will be with you for only a few months, and then it will never appear again. If you do suffer from this condition at some point during your life, discuss with your doctor which of the triggers may have caused yours. Then you can adopt some practices to try and help boost your immune system. Remember, it won’t stick around forever, so take care of yourself in a way that works best for you.