Everything You Need to Know About Inverse Psoriasis 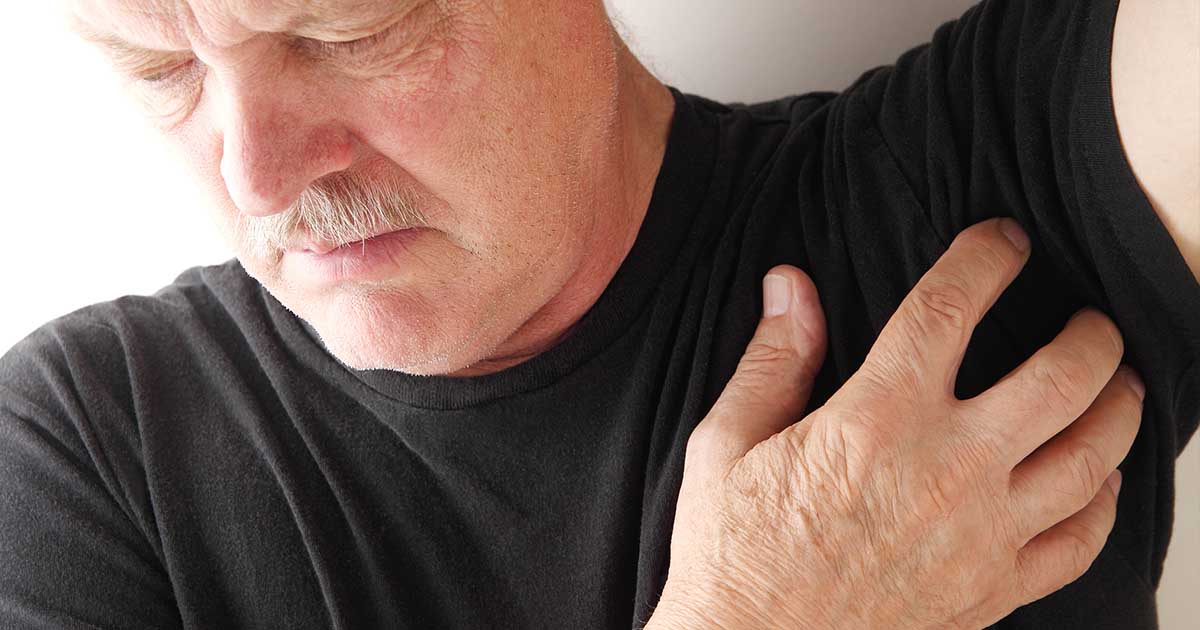 However, the medical condition psoriasis is pretty broad – there are five different types of psoriasis (as well as psoriatic arthritis!) – and you could have more than one type of psoriasis at the same time!

Psoriasis Vulgaris – more commonly known as plaque psoriasis – is the most common type, affecting nearly 85 percent of sufferers. The other types include guttate, inverse, pustular, and erythrodermic.

What Is Inverse Psoriasis?

Intertriginous or flexural – more commonly known as inverse psoriasis – is an uncomfortable form of psoriasis that typically occurs concurrently with other types of psoriasis.

It is red, shiny, and smooth, and is found in the skin folds of the body – such as in the groin, under the breasts, and in the armpits.

As discussed, symptoms are very red areas of skin found in the skin folds. This type of psoriasis is prone to skin irritation due to the location of the rashes, as well as the moisture that is typically found at the site.

Other symptoms include fissures that crack and bleed in these creases, frequent yeast, fungal and bacterial infections, and having sexual problems due to the discomfort.

Inverse psoriasis is most common in people who are overweight and people who have deep skin folds.

Triggers specific to inverse psoriasis include the moisture that is found in the skin folds, as well as the irritation of the clothing rubbing on the areas of irritation. Psoriasis, in general, has many triggers.

The National Psoriasis Foundation states, “Scientists believe that at least 10 percent of people inherit one or more of the genes that could eventually lead to psoriasis. However, only 2 percent to 3 percent of the population develops the disease.” So what, besides genetics, triggers symptoms?

Triggers are specific to the person. What triggers psoriasis for one person, may not trigger it for another person. However, there are several triggers that the National Psoriasis Foundation has outlined:

Sometimes, your physician will prescribe oral medications similarly to what he or she would prescribe as if you have plaque psoriasis. This is especially true if you have multiple different types of psoriasis.

Your physician will also likely “prescribe” over-the-counter treatments that you can use topically on your skin. You must follow your physician’s directions closely and explicitly. Areas with inverse psoriasis have thinner skin, which causes heightened sensitivity – this heightened sensitivity can cause rapid absorption of medications. Also, overuse of medications can thin the skin further and create stretch marks.

The typical course of treatment that is used topically is a steroid cream or ointment. These topical treatments can help to reduce the inflammation at the site of the psoriasis flare-up. Typically, topical steroids can be purchased over-the-counter, but if a stronger version is required, your physician will prescribe it.

Sometimes, inverse psoriasis can cause dermal bacterial or yeast infections. If your doctor suspects that this is the case, she will swab the site. If an infection is confirmed, the steroid may still be used, but in a diluted form, in conjunction with an antibiotic cream, such as anti-fungal or anti-yeast agent. Some of these creams may be prescribed.

Occasionally, your physician may prescribe a lotion that is meant for eczema. However, many providers have found that they work well for people with psoriasis.

You may desire to try natural treatments for inverse psoriasis. These remedies can often be used in conjunction with prescribed medications.

Remember to discuss these treatments with your physician before implementing them into your routine to ensure that they do not react with any medications that you are currently taking.

A quick Google search will elicit a myriad of supplements that supposedly help to treat psoriasis. Should you choose to supplement, keep in mind that the US Food and Drug Administration does not regulate supplements, this means that brands of supplements can vary widely, even if each bottle states that they carry the same thing.

That being said, the following supplements may be the most beneficial in treating psoriasis symptoms:

You May Also Like:New Research Into Link Between Psoriasis and Ethnicity
Related Search Topics (Ads):

Rather than take the supplements, you could also choose to eat foods rich in these nutrients.

Finally, reduce stress to reduce inverse psoriasis. Although you are not doing something to the rash directly, if stress is a trigger, it may not reduce until you lessen this trigger. Utilizing stress management tactics like aromatherapy can help – oils such as chamomile or lavender, diffused into the air, or into a bath are relaxing. Practice meditating. Seek counseling, if necessary.