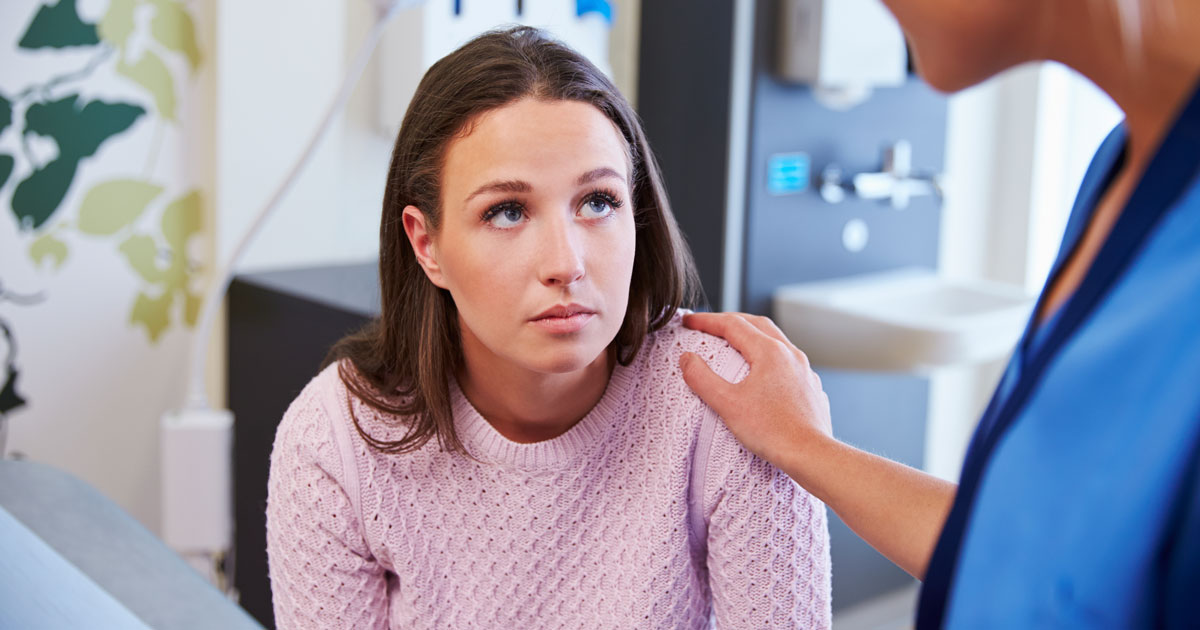 My Journey to a Psoriasis Diagnosis

Just imagine: you’re a teenager, you’re already concerned about the ‘normal’ craziness your body is going through, and the last thing you want to deal with is what seems to be a really weird back breakout.

That was initially what I thought my psoriasis was — just a weird reaction to the shampoo and conditioner I was using at the time. Luckily for me, my episodes during high school weren’t too bad, and I managed to hide most of it with my long hair and my uniform.

It wasn’t really until recently when I had my worst episode that I seriously thought it was going to take over my entire body.

One morning I woke up and had a few little spots on my neck, which I was very used to. However, the day after that I woke up with what I can only really describe as a rapid rash revolt! It was literally everywhere.

The spots on my neck had joined to form a psoriasis necklace, it crept up my hairline and started to take over my forehead, edging into my eyebrows, and it was all over my back. I didn’t know what to do, and at the ripe old of 24, I called my mum in tears.

About a month or so prior, I had started to get little spots in between my fingers, and a few spots on my thighs, so I had been to the doctor who said straight away, “That’s psoriasis,” and prescribed me a lotion called Daivonex.

For those small spots it cleared my psoriasis up incredibly quickly — within a few days in fact. Every time it popped up in small amounts like that I’d be able to wipe it out quickly just by dabbing a little bit on before I went to sleep at night.

It wasn’t until a particularly stressful time of the year that my massive episode happened, and, unfortunately, no amount of Daivonex would the trick.

Calling In a Specialist

I took myself back to the doctor who prescribed me a stronger lotion called Daivobet. I also asked if he’d be able to refer me to a skin specialist so I could discuss what I was going through in more detail.

He said he’d try, and booked me in for a consultation in about six months’ time. Obviously I was hoping my psoriasis was going to be under control by then, so there would probably be nothing for the skin specialist to see when I finally got to see them — I really wanted to see one straight away.

So with a few pleading phone calls, I managed to get a booking with a skin specialist within the week. However, Daivobet was super effective and there were only a few red remnants of what was — luckily my partner had taken some pretty incredible (read: gross) photographs of the episode, which we were able to show the specialist.

He said it could be psoriasis, but without there being any plaques left to take and test, he couldn’t be certain.

I explained that I was incredibly stressed out when the huge episode happened, and I asked if that could have anything to do with it. And he said maybe — psoriasis seems to be one of those real elusive conditions that could be triggered by so many things that it’s very difficult to pinpoint the exact cause.

I’m still pretty dead certain that my psoriasis and stress are linked, as that’s the only time I ever see anything appear. When I’m on holiday it disappears; the minute I step back into the office, it comes back.

Could It Be Something Else?

He said it could possibly be lupus, which terrified me — but there was no point in being scared or stressed out when it was only a maybe at that point. So I went off for the blood tests; about a week or so later I hadn’t heard anything.

You May Also Like:Psoriasis and Self Confidence
Related Search Topics (Ads):

So I called the clinic to see if my results had come in. Yes they had, and I’d come up negative for antinuclear antibodies. Immense relief ensued. And then three days later I called again to make sure that I hadn’t dreamt the good news!

It’s been about six months since those results came back, so everything’s still a bit up in the air, however I have three lotions on tap at all times to catch episodes as soon as they start — there’s so much chopping and changing between them depending on what the psoriasis wants to respond to at any given time.

Keep It Under Control

Now, I’m no doctor, but what I have found has worked for me in order to keep it under control is to drink a lot of water, make sure you exercise regularly, get plenty of sleep, use natural cleansers and make-up — and as crazy as work can get you need to remind yourself that you and your health are more important.

Don’t let psoriasis dictate what you can and can’t do — we all go through stressful times, and we can’t avoid that, and those of us who suffer from psoriasis can’t control when an episode is going to occur. However, we can control the way we tackle it — don’t let it cripple your work or your social life.

Yes, it’s pretty bloody painful, and there are days where you just don’t feel like seeing anyone, but if you can keep your confidence levels up, and don’t let it affect your personality, you’ll get through it and achieve anything you could possibly wish to achieve.