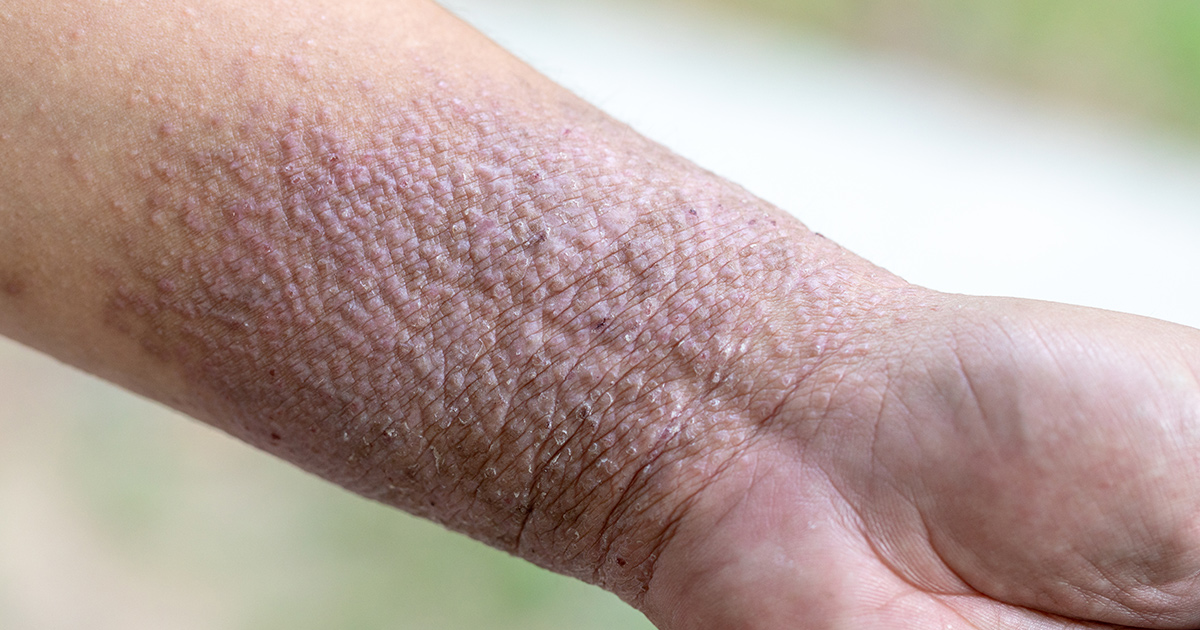 Spotting Symptoms and Treating the Condition

Psoriasis takes a variety of forms, and though pustular psoriasis isn’t the most common, it can be one of the most uncomfortable and dangerous varieties. From a small patch of yellow pustules on the heel to a widespread rash of hot, red, bumps, pustular psoriasis is a particularly invasive autoimmune disorder that’s difficult to treat. The first step is to determine the type of pustular psoriasis, as each variety will call for a different approach to treatment.

Signs and Symptoms of Pustular Psoriasis

Non-infectious white or yellow pustules are the primary symptom of this condition, but where and how they form on the body will indicate which type of pustular psoriasis you suffer from:

Palmoplantar Pustulosis (PPP). In this case, yellow spots appear over the palms of the hand and the soles of the feet. After the raised bumps form on the red plaques, they turn brown before peeling and crusting over. Since the skin at the affected site can thicken, crack and flake, PPP can make certain activities particularly painful.

Acropustulosis. Less common than PPP, acropustulosis is characterized by skin lesions on the fingertips and the ends of the toes. This type of psoriasis can affect the nails and sometimes the bones. Not surprisingly, acropustulosis can also limit the use of your hands.

Generalized Pustular Psoriasis (GPP, or Von Zumbusch). GPP can hit suddenly and spread quickly: the small fluid-filled bumps spread beyond the hands and feet, and often merge into larger pustules over dry, red plaques. The skin often feels hot to the touch, and you may become feverish, dizzy and nauseous.

The causes of pustular psoriasis are generally unknown, although some cases can be traced to recent infections, certain anti-depressants, or suddenly stopping a course of steroid medication. In any case, swift treatment is important to control the pain and inflammation, and restore balance to the skin.

Doctors will often rotate treatments in order to avoid some of the side effects of medication and phototherapy; in some cases, they will favour a combination of drugs to treat the outbreak. Some common approaches to treatment include:

When the pustules appear over other areas of the body, the condition becomes a serious medical emergency. Generalized pustular psoriasis must be treated quickly and thoroughly in a clinical setting to rehydrate the body, stabilize temperature, and carefully treat the skin. Since treatment will be unique to each case, it’s important to seek immediate help from your doctor rather than trying to eradicate your pustular psoriasis outbreak on your own.