Why Psoriasis and Asthma Often Co-Exist 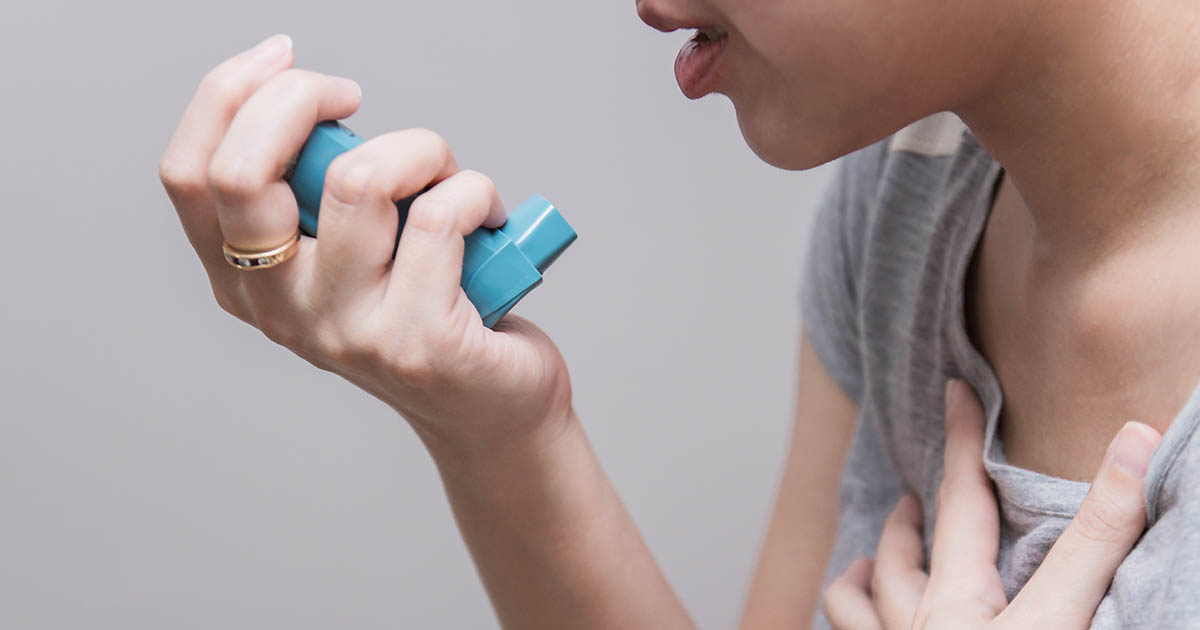 How Psoriasis Can Lead to Other Inflammatory Diseases

Chronic inflammation is at the heart of psoriasis, and the same goes for other serious conditions like heart disease, insulin resistance, obesity, and as it turns out, asthma.

In fact, experts insist that psoriasis not only shares common characteristics, but it could also be a precursor to other inflammatory diseases, which makes self-monitoring extra important.

But while a healthy diet, better cardiovascular fitness, and weight control are helpful steps to protect the heart and metabolism, preventing inflammation in the airways can call for a different approach.

How Asthma Risk Rises with Psoriasis

Recent research shows an undeniable connection between asthma and psoriasis. A large study published in British Association of Dermatologists followed a group of over 10,000 psoriasis patients as well as a control group of over 40,000 people without psoriasis.

Although the underlying cause isn’t entirely clear, psoriasis and asthma do have a couple of important characteristics in common, which might help to explain the link. For one, psoriasis and asthma are disorders of the body’s natural inflammatory response, where natural protective mechanisms spiral out of control.

Secondly, both conditions occur in tissues that separate the internal body from the outside world – in psoriasis, the skin bears the inflammatory symptoms, and in asthma, it is the lining of the lungs and airways that become inflamed.

Treatments to Target Asthma and Psoriasis

There are several methods to control psoriasis and asthma flares, but for some people, it’s difficult to find relief from the ongoing symptoms. Since recent studies point to a probable connection between the conditions, researchers used their common characteristics as a jumping-off point to develop better treatments for both psoriasis and asthma:

Skin conditions like eczema or psoriasis and breathing issues like allergies and asthma share the same sort of tissue malfunction: membranes lose their ability to protect against allergens, which allows these irritants to enter the body and cause an inflammatory response.

You May Also Like:Psoriasis and Weight
See Also:

In psoriasis, skin cells become more porous, then grow rapidly, then break down, then regrow – the cycle that causes your scaly, red, itchy plaques. In asthma attacks triggered by allergic reaction, the lining of the lungs weaken to allow the allergens to penetrate the tissue and airways.

Research into better topical treatments that can strengthen the natural barrier (the skin or lung lining) is ongoing, and improving.

Treatments to Target Asthma and Psoriasis

Both psoriasis and asthma involve an overactive inflammatory response, so scientists are researching therapies that target the immune system rather than the superficial symptoms. For psoriasis, the focus is on proteins that limit your body’s production of certain T cells believed to feed the inflammation.

The specific immune pathway is different for allergic asthma, but the same basic focus is the same: isolate the problematic pathway, then find a way to interfere with the messages (which are causing the inflammation). It’s a relatively new approach, but the medical community is hopeful that immune treatment can bring big changes in prognosis.

Since there’s still a lot to uncover about inflammatory diseases, it’s difficult to know what the best approach will be to treat asthma and psoriasis. In turn, it’s not uncommon for doctors to consider a multiple treatments to manage the diseases simultaneously.

Asthma has a few very well-known triggers, which also happen to be common allergens: mold, dust, pet dander, smoke, and vermin are at the top of the list. In turn, a major measure in any asthma management plan is to limit your exposure to allergens, and learn to avoid all of your unique triggers.

Although experts insist that there is no proven connection between allergies and psoriasis, it may be worth your while to track which environmental irritants trigger your psoriasis symptoms, too, or what activities worsen both your breathing and skin plaques.

Although allergens may not be able to explain the link, the two inflammatory conditions do share a few common triggers that you should keep in mind, like:

If you suspect that you may be living with asthma and psoriasis, it’s important to bring your concerns to your doctor and get to the heart of the matter.

Even though both psoriasis and asthma involve the immune system, each disorder can manifest in different forms, and whether you have psoriatic arthritis, allergic asthma or non-allergic asthma can determine your best course of treatment.