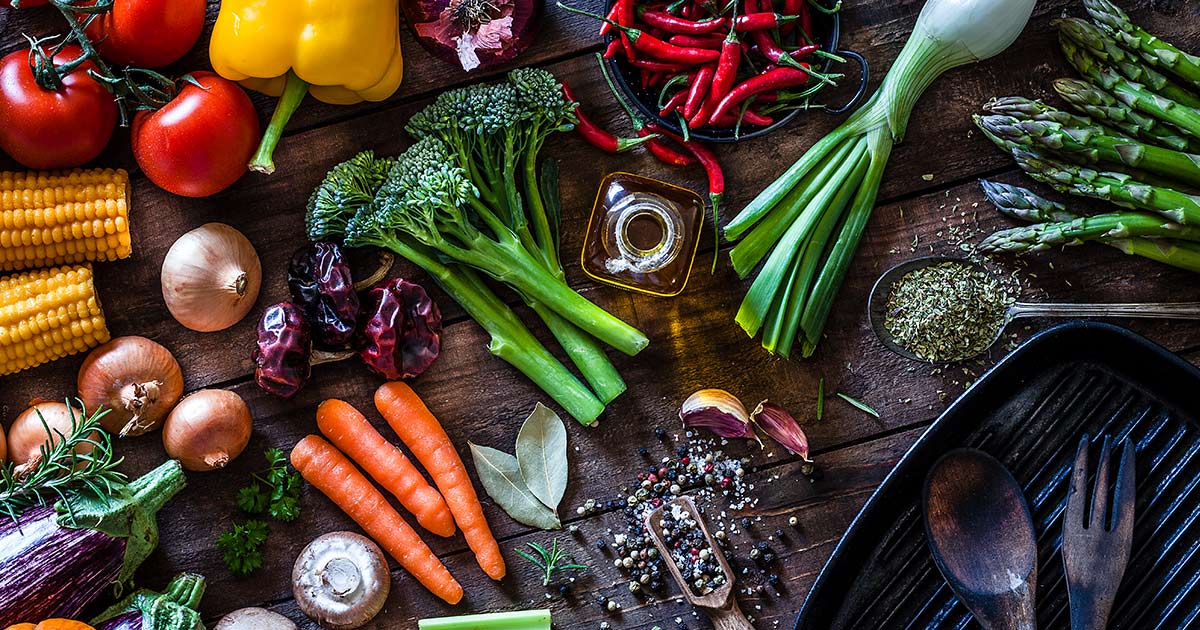 One of the easiest things you can do to control psoriasis flare-ups and try and keep it in remission is to adjust your diet and choose foods that are less inflammation causing.

I’ve hunted out five of the worst and best foods for psoriasis.

Let’s take a look at five of the worst foods for psoriasis and why they could have a negative impact on your skin and your symptoms.

When your immune system is down, the chances of getting something like strep throat increase as your body isn’t attacking the bad cells anymore. Also, if you get strep throat or tonsillitis, people living with psoriasis are at a higher risk of having a flare-up.

With psoriasis, your immune system doesn’t attack the nasties that shouldn’t be in your system, and it attacks healthy skin cells causing them to overproduce.

Dairy’s not a great thing to consume if you’re suffering from a flare-up or just trying to keep them at bay. It’s a food group that’s well known for its inflammatory tendencies. It’s often advised to maintain an anti-inflammatory diet to keep psoriasis under control.

You could try eating products that aren’t full-fat, like low-fat milk, but trying to cut out dairy while trying to avoid or reduce a flare-up is probably the best method.

Red meat is another food that contains inflammatory properties. It contains arachidonic acid, which can cause inflammatory responses, one of which could be a psoriasis flare-up. Also consider avoiding processed meat, like sausages and bacon.

In tomatoes, you’ll find a chemical called solanine. In some people, solanine can trigger pain, and people with psoriasis are thought to be a group that has their psoriasis flare-ups and pain associated exacerbated by eating tomatoes and other nightshade vegetables.

Although psoriasis is still a condition that research hasn’t quite established the official dos and don’t around, the National Psoriasis Foundation conducted a survey in 2017 about removing nightshades from diets, and 52.1 percent of people said that this action improved their skin.

Psoriasis is a skin condition that’s linked to your immune system. The problem with citrus fruits is that it’s quite common for people to have food intolerances to fruits like grapefruit and lemons. It’s thought if your body is fighting an allergy, your defenses may be down and psoriasis may flare up.

Now, let’s explore five of the best foods for psoriasis and how they’re either neutral or could help improve the appearance of your skin.

When you’re dealing with psoriasis, your skin dries right out. But if you’re getting plenty of fish oils in your diet, the skin cells benefit as the omega-3 helps to keep moisture in your skin cells, meaning they won’t dehydrate as easily.

In a similar way to omega-3, healthy fats, as found in avocados and olive oil can keep your skin nice and hydrated. Coconut oil is considered a miracle worker when applied to the skin, but it’s also great when consumed.

A handy tip is to cook your food in these healthy oils and get even more goodness into your body and skin.

If you avoid nightshade vegetables and eat more vegetables like spinach, carrots, kale, squash, kumara, and broccoli, it’s thought psoriasis flare-ups will be triggered less often. These vegetables are considered to be inflammation-fighting foods, so should lessen the appearance of psoriasis.

You May Also Like:Two Ways to Get the Right Fats
Related Search Topics (Ads):

Try to avoid gluten where possible. A lot of people have negative reactions to gluten products, and when your body is fighting something else and your immune system is down, psoriasis is more likely to make an appearance.

Try to replace grains in your diet, like flour, with things like almond flour or nuts. Nuts contain healthy fats and oils that are good for your skin and will help to protect it from dehydration.

Blueberries act as an anti-inflammatory, so it can help reduce psoriasis inflammation. Within blueberries, you’ll find goodies like vitamin C, vitamin K, and manganese, which are great antioxidants.

The anthocyanin in blueberries is also considered to be something that can help stop chemical reactions in your body turning into skin flare-ups.

Since there’s not a lot of set-in-stone research and evidence around psoriasis, it’s still a good idea to try out different foods in your diet. As psoriasis may be connected to food intolerances, things that trigger flare-ups in others may not affect you.

Just keep trialing different diets with psoriasis until you find a way of consuming that keeps your symptoms in check.